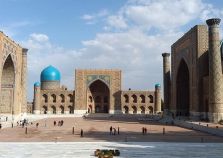 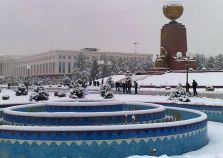 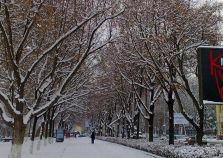 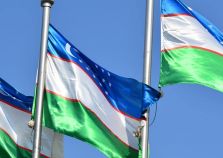 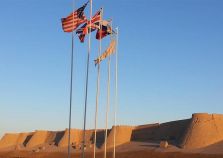 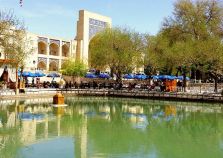 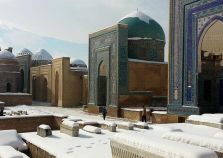 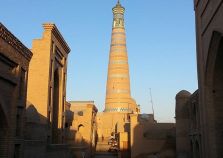 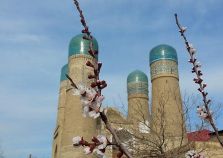 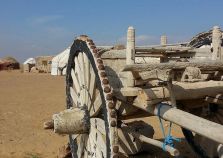 Our first trip Ski Explore Group trip to Uzbekistan will commence on the 7th February 2022, this will be directly after our trip to Georgia and so if you like you can combine the Uzbekistan trip with the Georgia Trip and after Uzebekistan we will then be moving onto Iran so you can also comboine this trip with one or more of the other trips. Our trip to Uzbekistan will explore the slopes of the main new ski resort called Amirsoy and also the smaller resort of Beldersoy. The trip will also explore the fantastic capital city Tashkent and then the ancient capital city Bukhara that has over 300 mosques and finally the desert city of Samarkland.

We will explore the old town of Tashkent with visit to Khazrati Imam Architectural Complex, the religious centre of the city and place of worship for Muslim pilgrims. Then we will go to the Kukeldash Madrasah, one of the most monumental religious buildings in the whole of Central Asia. After which we will head to Chorsu Bazaar, the oldest market in Tashkent, to shop for local snacks and crafts. After lunch, procced to Museum of Applied Arts which located in Russian Turkestan governor’s old mansion. This museum has over 7,000 pieces of traditional folk art such as ceramic, glass and porcelain, costumes, jewellery and others. Visit Mustakillik (Independence) Square and the famous Tashkent Metro is decorated with local marble and granite like underground palaces. Continue to Amir Temur Square is the true center of the city, where stands a famous monument to Amir Temur.

9th February – Skiing in Amirsoy (Overnight in the resort)

We will ski today or take part in other mountain activities.

After an early breakfast we will get the high speed train to Bukhara. Bukhara, is the former capital and a centre of Islamic learning, has over 300 mosques and was known as the holiest city in Asia with its 80 madrasahs.  We will visit some of the major sights including  Nadir DIvanbegi Khanagha, Mogaki Attari Mosque and Poi Kalon Minaret.  We will have  an Uzbek Lunch at National House of Rakhmon, an authentic restaurant decorated ornately with a unique collection of ancient embrioidered wall hangings. Later we will visit Ark fortress, Bolo Hauz Mosque, Ismail Samani Mausoleum and Chashma-Ayub Mausoleum and the mausoleum of Bahauddin Naqshbandi, the final resting place of the famous Sufi spiritual leader in the 14th century. In the evening we will go to a folk music and dance performance at Nadir Devanbegi Madrasah, one of the most beautiful medieval madrasahs in Bukhara.

Samarkand is one of the oldest existing cities in the world and the oldest in Central Asia. We will visit the famous Registan Square, which is considered to be the heart of Samarkand. View the 3 beautiful madrasahs, the 15th century Ulugbek Madrasah, and the Tillya Kori Madrasah and Sher Dor Madrasah, both built in the 17th century, before visiting Gur-Emir Mausoleum, the final resting place of the Asian conqueror, Timur. View the grandest structure of Amir Temur’s times, Bibi-Khanum Mosque. Next we will visit Siab Bazaar to shop for traditional snacks and crafts before you head to Shakhi-Zinda Necropolis, a complex of ornately decorated mausoleums built in the 14th and 15th centuries.

Today we continue exploring Samarkand to visit Ulugbek’s observatory, constructed by Ulugbek (Grandson of the Great Amir Temur) in 1428-1429. Visit the ancient settlement of Afrosiab, which is situated on the spurs of Chupan-Ata hills to the north-east of present-day Samarkand. According to the legend, it was here, on the banks of the river Siab, that the Turanian king and hero Afrosiab, a character of the folk epic ‘Shahnama’, founded the town that became the capital of Sogdiana and later in the afternoon we will get the train back to Tashkent.

What included into the price?

NOT included into the price:

Want to find out more about Uzbekistan Ski Experience?