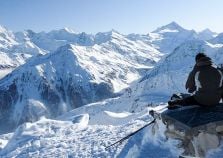 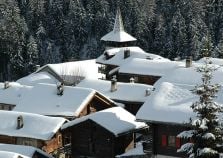 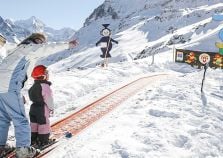 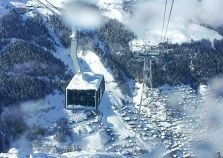 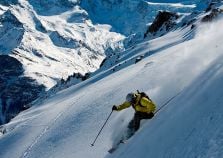 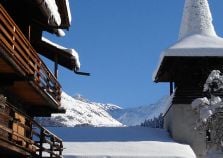 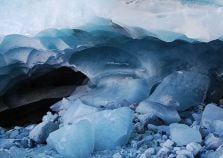 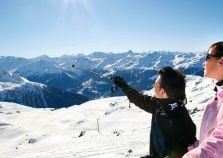 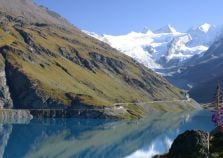 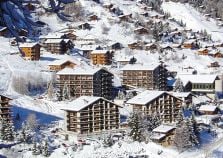 If you like ancient, quiet, totally unspoilt mountain villages together with a modern lift system then this is the resort for you. The village itself has tiny cobbled streets and in some places they are so narrow that the roofs of the chalets almost touch each other in the middle.

Grimentz has many accolades and has been described by Where to Ski and Snowboard as "Europe's best-kept secret" and an "undiscovered gem". As Where to Ski and Snowboard says "get there fast before it has time to catch up with the 21st century. It has also recently been featured in the Ski and Board Magazine and many others. Recently opened is the fast cable car that links Grimentz to Zinal that increases the skiable area.

Piste skiing is amazing for beginners who want to learn the ins and outs while more experienced skiers and boarders are able to explore and drift through the off piste areas on the slopes. There are a range of winter walking trails and a toboggan run for those who aren't up for skiing, so it's fun for everyone all around.

The area is famous for its fabulous off piste skiing and its mountain touring. Just off one of the pistes in Grimentz there is a stunning 360 degree panoramic view of the Imperial Crown - five 4000m peaks - Weisshorn, Zinalrothorn, Obergabelhorn, Dent-Blanche and the Matterhorn.

Mountain Heaven offer seven self-catered chalets in Grimentz and if you fancy making your ski holiday in Grimentz a little more relaxing a catering service is available in all our self-catered apartments if desired.

The chalets in Grimentz that Mountain Heaven offer are high quality apartments and standalone chalets. All are equipped to the highest standard and have balconies offering sensational views of the mountains, forests and village.

The best apres ski bar is Chez Florioz which is located at the bottom of the slopes in Grimentz, it has good music, serves very nice food and is always packed straight after skiing. There two pubs, Domino and Le County (which has a pool table and table football) together with one disco - Disco Shaddock open until 3am.

There are a number of excellent restaurants we particularly recommend. Meleze has an excellent selection with a great hot rock or Fondue Chinos (a fondu with broth and not oil) with endless meat, salad, chips and sauces together with a great ambience.

Restaurant Alpina serves good oven baked beef with sauces, Arlequin offers good pizzas and there is the Becs-de-Bosson and Claire Fontaione which is directly in the centre of the old village which serves a wide variety of crepes. Finally, perhaps one of our favourites Restaurant Moiry with an old world feel, ancient paintings of the famous fighting cows of the valley and an open oven that is really cosy at night.

The Foreign and Commonwealth Office (FCO) issues travel advice on destinations, which include information on passports, visas, health, safety and security can be viewed here.

Things to do in Grimentz

There is an indoor heated swimming pool in Zinal that is open from 2pm to 7 pm with a small entry fee, this also has a sauna

There are 33km of signposted walks in Grimentz but over 110km in the valley. and there are over 35km of cross country skiing pistes in the area

There are over 120km of trails (guided and self-guided)

There are over 15km of tobogganing trails and toboggans can be bought or rented - there is a great one from the top of the gondola in Grimentz all the way to the village over 4km long. In addition theer is a great one all the way to St jean in the valley - over 6km long and you simply get the bus back up to Grimentz

Check snow webcams in our resorts

Want to find out more about Grimentz?